He can psychoanalyze any serial killer,

But can he protect her from one?

Special Agent Nicholas James knows serial killers up close and personal. After all, he was practically raised by one and later became a Behavioral Analysis Unit Specialist to put them behind bars. But Dr. Aubrey Flood’s sister’s murder is his highest stakes case yet. His professional history with the beautiful medical examiner is legendary. So is their attraction. But the clock is ticking…and Nicholas has every intention of making sure Aubrey doesn't become another victim. 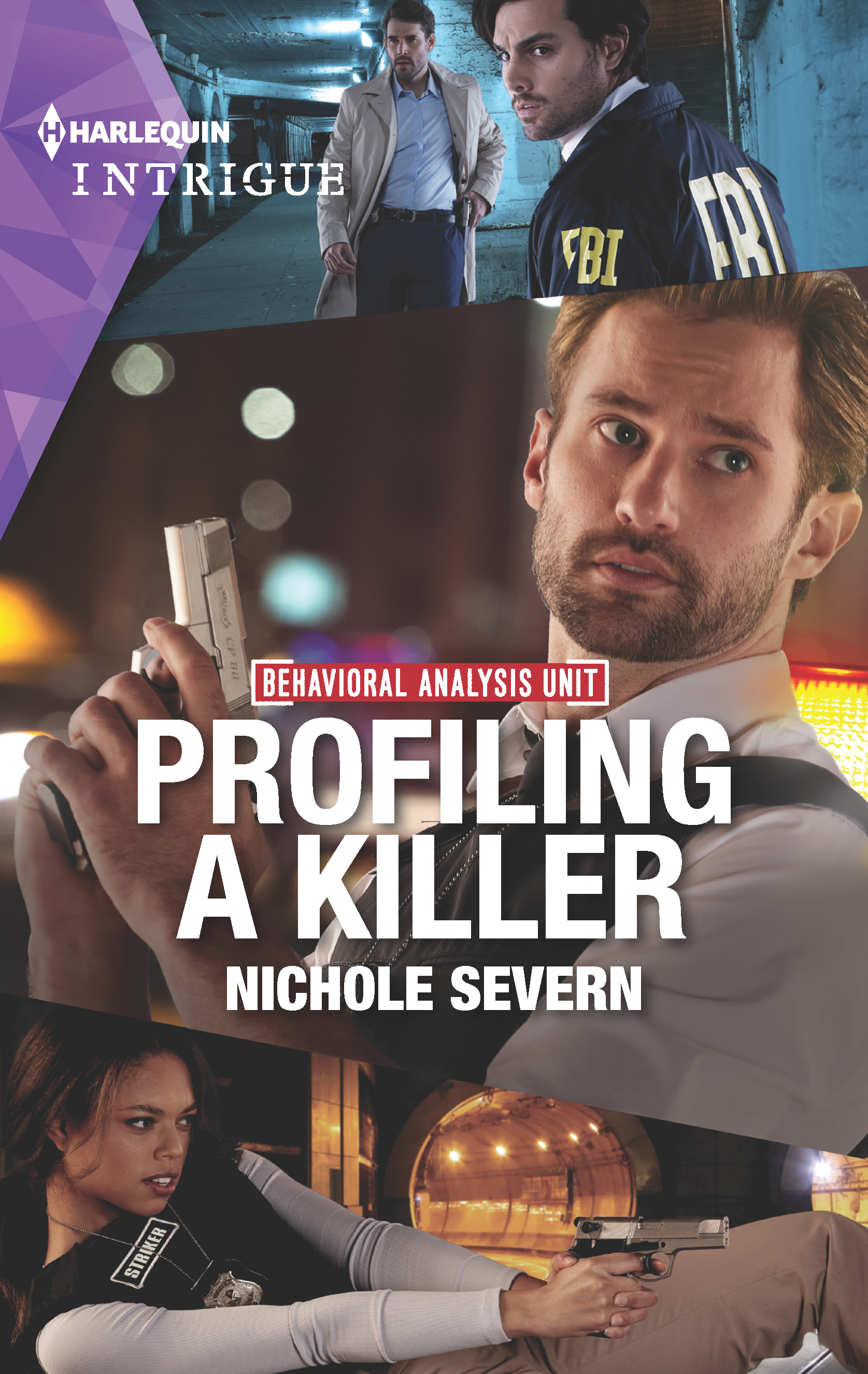 Sea-salted air grazed against her face and neck as she caught sight of the federal agent she hadn’t been able to forget. Nicholas James. Gull calls pierced through the hard beat of her pulse behind her ears. Sweat that had nothing to do with the rising temperatures of July in the Pacific Northwest beaded along her collarbone and slid beneath her shirt. Green-blue eyes—the same color as Puget Sound behind her—locked on her as though he’d sensed her approach, and a buzzing filled her head. His mouth parted, highlighting the thick, dirty-blond beard growth along his jaw and upper lip. Styled, equally low-lit hair protested the breeze coming off the water as he maneuvered around the table under the canopy. A perfectly sculpted nose with a dent at the bridge—presumably from a childhood injury—divided symmetrical features and deep laugh lines she’d never had the pleasure of seeing firsthand, but she imagined smiles were few and far between in his line of work. Just as they were in hers.

Aubrey extended her hand. “Special Agent James, you might not remember me, but I’m—”

“Dr. Flood.” He took her hand, rough calluses tugging the over sensitized skin of her palms. His voice, smooth as one-hundred-year-old whiskey, slid through her and battled to calm the jagged edges of anxiety and grief tearing through her. “How could I forget? If it wasn’t for you, Cole Presley would still be out there.”